As of midnight on December 21, 2018, the President and Congress were unable to agree on the provisions of a Continuing Resolution (CR) to fund the federal government. As a result, a partial shutdown of some government operations lasted until January 25, 2019. This partial shutdown included some federal housing, mortgage, and other programs of interest to the real estate industry. Review below the impact the federal government shutdown had on selected agencies.

On January 25, 2019, the President agreed to reopen the federal government for three weeks, clearing the way for Congress to pass spending bills that, once signed by the President, would fund federal agencies until February 15. 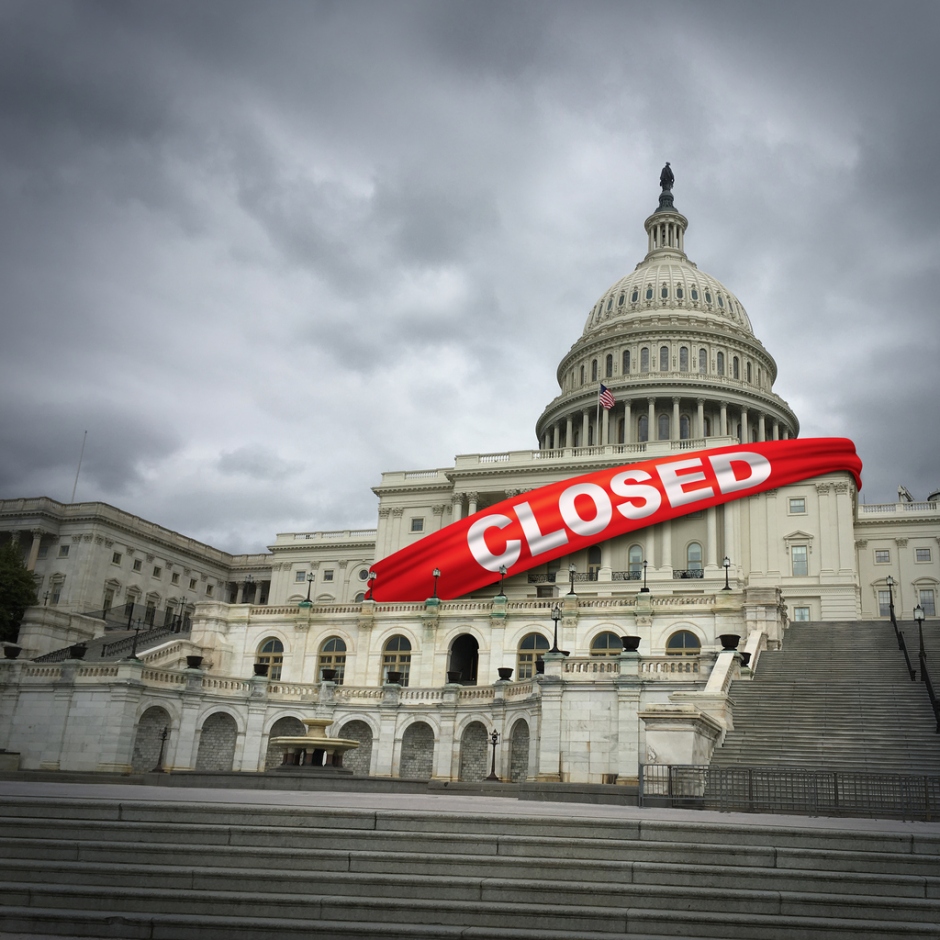 Under EPA’s shutdown plan, most employees were furloughed. This affected various regulatory programs and compliance activities, such as wetlands determinations under the 404 program and enforcement of the lead-based paint disclosure and renovation, repair and painting programs.

The federal government collects and releases substantial economic data and reports that are used by the real estate sector. The shutdown resulted in some of this data not being collected and released. This lack of data may made investors and consumers nervous. During the shutdown, the Bureau of Economic Analysis, Department of Agriculture, the Department of Commerce, the Commodity Futures Trading Commission and the Census Bureau did not have the funds to operate. That meant that these agencies were not collecting and releasing data in many economic sectors, such as international trade, public pensions, housing, durable goods, agricultural prices and production, GDP, commodity markets and personal income.

HUD’s Contingency Plan stated that FHA would endorse new loans in the Single Family Mortgage Loan Program except for HECM loans. It would not make new commitments in the Multi-family Program during the shutdown. FHA maintained operational activities including paying claims and collecting premiums. FHA Contractors managing the REO/HUD Homes portfolio continued to operate. Some delays with FHA processing might have occurred due to short staffing.

On Jan. 9, the FHA sent a letter urging seller/servicers to offer “special forbearance” to furloughed federal workers and contractors suffering a loss of income due to the government shutdown. In a letter to lenders, FHA Commissioner Brian Montgomery said servicers were reminded “of their ongoing obligation” to offer forbearance, citing the agency’s handbook.

During previous shutdowns, Fannie Mae and Freddie Mac have continued normal operations since they are not reliant on appropriated funds. On December 26th both GSEs updated or clarified their loan purchase requirements in case of a shutdown. Freddie Mac requires all borrowers to sign a 4506T request form prior to close, but the request does not have to be processed prior to close. Fannie Mae requires the same unless the borrower’s income can be verified though Fannie Mae’s proprietary Desktop Underwriter verification system in which case no 4506T is required.

The IRS resumed the processing of all forms, including requests for tax return transcripts (Form 4506T). While FHA and VA do not require these transcripts, they are required by many lenders for many kinds of loans, including FHA and VA. Delays were expected if the shutdown continued. Some loan originators might have adopted revised policies during the shutdown, such as allowing for processing and closings with income verification to follow, as long as the borrower had signed a Form 4506T requesting IRS tax transcripts.

After NFIP operations were initially suspended over questions raised by government attorneys, NAR worked with the White House and Congress to clarify that the government shutdown did not affect the sale or renewal of flood insurance policies or the payment of claims on existing policies. Disaster relief, airport screenings and other essential homeland security functions were unaffected.

NAR had asked the Trump administration to provide relief to people whose Rural Housing Loan Program mortgage applications had been held up by the partial government shutdown. In a Jan. 16 communication, the association requested that the U.S. Department of Agriculture, which runs the Rural Housing Service, assign staff to process the loan applications as part of its plan to reopen Farm Service Agency offices temporarily during the shutdown.

U.S. Citizenship and Immigration Services (USCIS) stated that it would continue operations during the shutdown due to the fact that its revenue is derived from filing fees paid by immigrant investor applicants. That meant that USCIS would continue to receive and process regional center-affiliated I526, Immigrant Petition by Alien Entrepreneur, and Forms I-485, Application to Register Permanent Residence or Adjust status.

Currently, there were only two changes for investors participating in the EB-5 regional center program. The first was the State Department’s discontinuation of new immigrant visa interviews until the government shutdown was over. The second was that investors participating in the program would be unable to file a new adjustment-of-status application (based on I-526 petitions). Investors could and should file renewals of employment authorization and advance parole. New applicants could prepare the necessary paperwork and apply for the EB-5 regional center program, however, these applications would be put on hold and would not be adjudicated until the shutdown was resolved.

While the Department of Labor was funded for 2019, the Department of Homeland Security was not. Therefore, while the H-2B Temporary Worker Visa program was still operational for workers currently in the U.S., the DHS was unable to approve any new or returning workers under an H-2B visa.

An NAR survey of 2,211 members found 75 percent had no impact to their contract signings or closings. However, 11 percent did report an impact on current clients and 11 percent on potential clients.

If respondents reported an impact on current or potential clients, they were asked further details. Respondents were allowed to pick more than one response, as they may be working with more than one client.

The most common impact, at 25 percent, was the buyer decided not to buy due to general economic uncertainty, though they were not a federal government employee.

Among those impacted by the shutdown, 17 percent had a closing delay because of a USDA loan