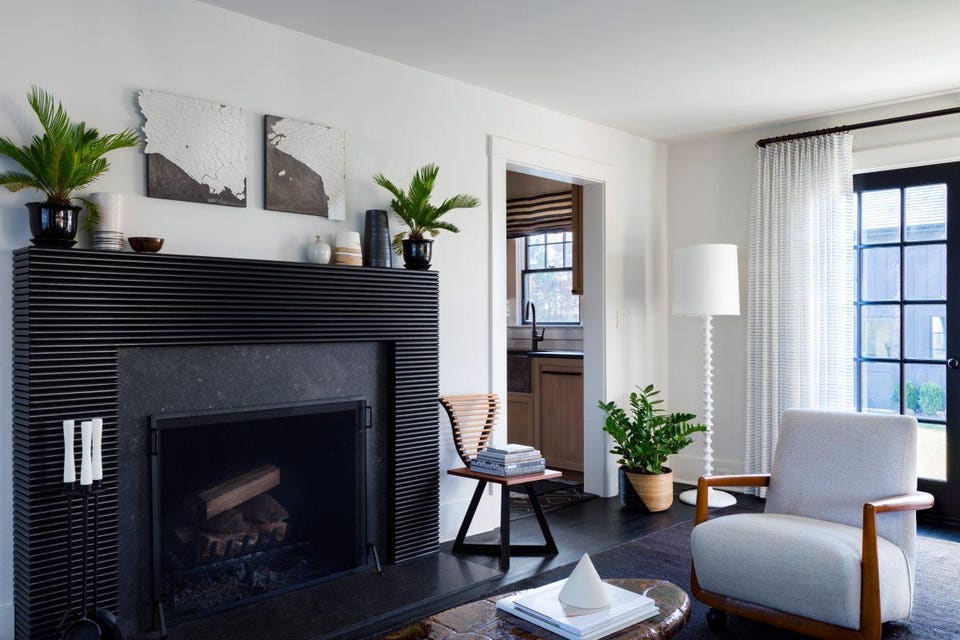 Whether it’s just one room or an entire house, renovations are a major undertaking. These projects require time, energy and cash. From investors planning to rent out or flip a property to the average person buying their first home, every renovation decision made now can impact the return on investment in the future.

While finishes, appliances and construction choices aren’t the only factors that affect resale value—they are essentially the only things sellers can control. So, will spending extra on a marble floor in the bathroom today feel still feel a smart idea five years from now? The experts weigh in.

Homeowners Gut Renovating From The Outside In 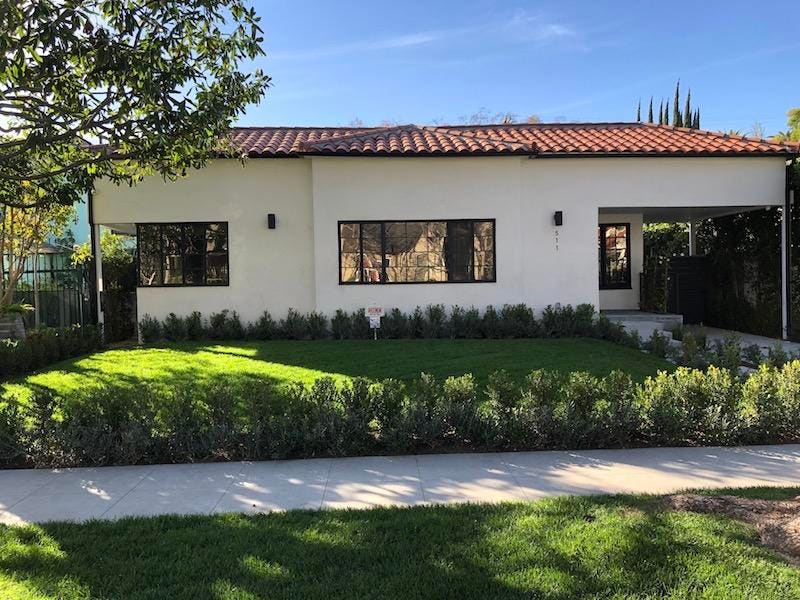 The house was essentially a teardown. But because the property is located in a historic preservation zone, every square inch of the 1921 Spanish style home had to be gut renovated from the outside in. Just two original features remain—the carport, which was grandfathered in, and the façade, which had to be restored.

The first and one of the most important things the couple did was assembling the best possible team. The Mintons hired Rob Diaz and Anastasia Ratia to build and design their new home. “They had an amazing vision that we knew was going to transform the property into the house we always wanted to live in,” explained Mr. Minton. 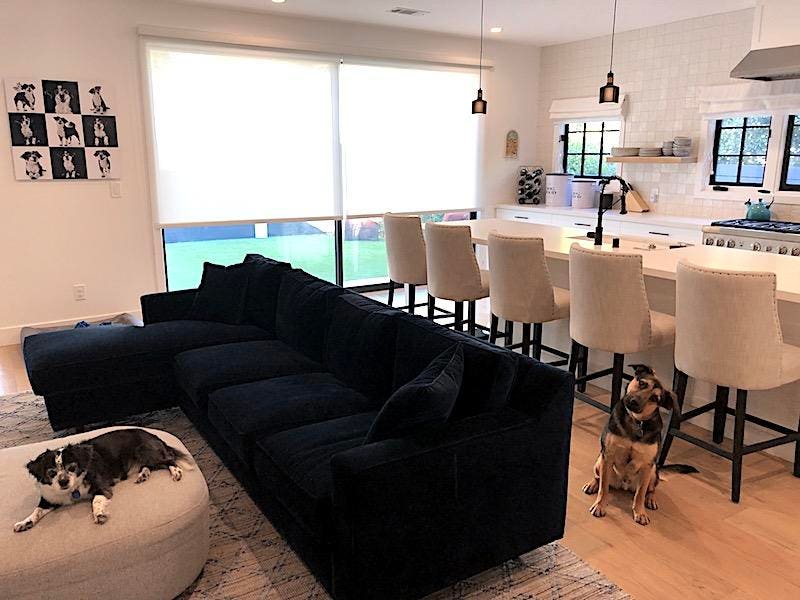 They also hired interior designer Demetra Chazanas to help choose furniture and accessories that would look best with the new style of the home.

Many structural elements of the house had to be replaced both for the sake of habitability and resale, including installing a new roof and foundation. All of the electric and plumbing was replaced. The floors were leveled and ceiling raised. The Mintons are also in the process of turning the garage into an additional dwelling unit to add resale value. 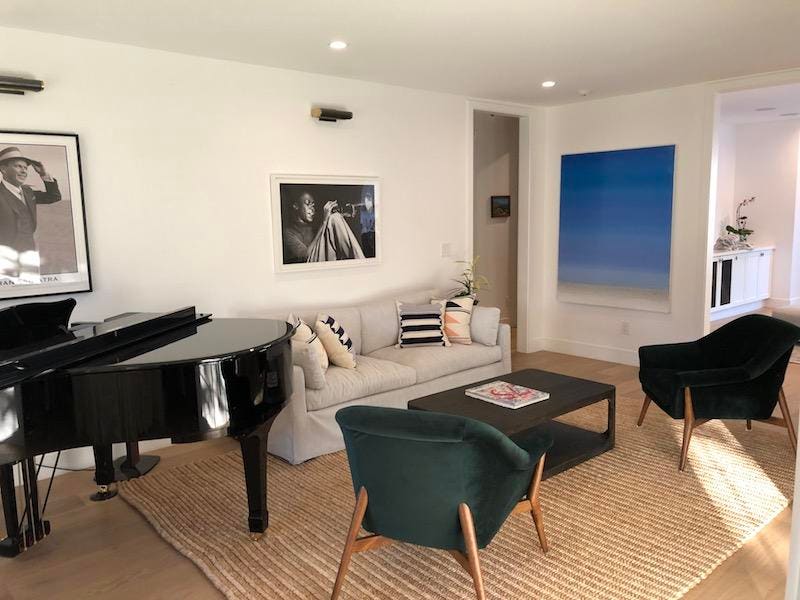 While the original footprint was just over 1500 square feet, they expanded the home to nearly 2000 square feet. Luckily, there was still space left to build a pool in the backyard.

The Mintons added a master suite which was a feature they wanted not only for themselves, but also for the sake of resale value. The same idea applied to the family room and kitchen, which they opened up by removing a wall.

Resale value was the biggest influence in every decision involving the new kitchen. “We did think about resale value when choosing important pieces like plumbing hardware and kitchen appliances. We invested in top of the line brands to make sure we captured all of the value of the property later on.”

The Mintons originally planned to purchase Sub Zero Wolf appliances, but they realized they could save approximately $10k by going for Thermador instead.  Mr. Minton explained, “We asked our real estate agent, who helped us buy the property, if we would be making a decision that could impact resale later on. He said that it wouldn’t matter [because] Thermador is still a high-quality premium brand. He likened it to buying a Porsche instead of a Ferrari.”

Ultimately, the Mintons were very happy with all of their decisions and didn’t feel they had to sacrifice anything in order to achieve their aesthetic goals while maximizing potential resale value.

When it comes to an overall floorplan, buyers are seeing less rooms as more, according to a Los Angeles area Realtor, “I have seen a lot of investors flip four bedroom homes with no true master and turn them into three bedroom homes with master suites. They appear to sell faster and for more money.”

He observes the smartest investors are buying open concept homes or renovating traditional homes to have open concept floorplans. “Even smaller homes can appear larger with a wall removed or opened up,” she says. “When I first meet with new buyers, the most common things they are looking for are open floor plans and a large open kitchen.” 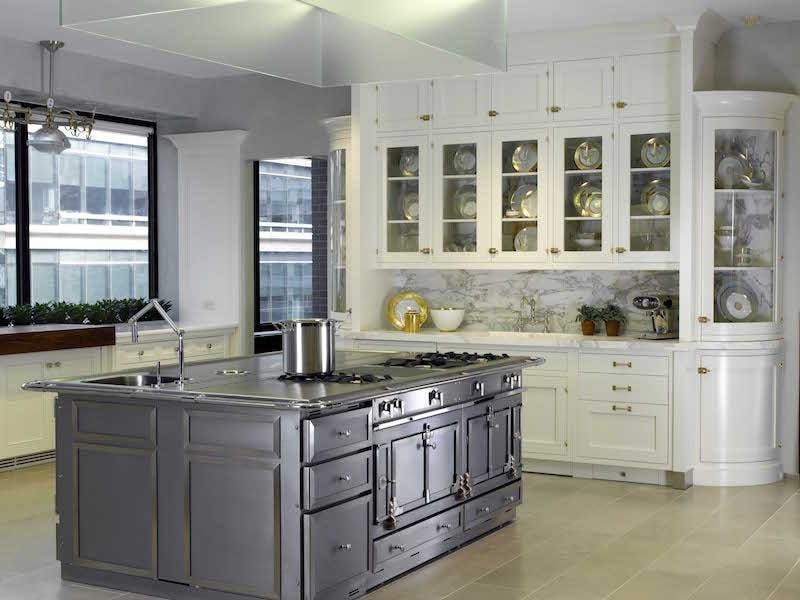 Kitchens require some of the costliest and most labor-intensive renovations. One of the biggest expenses is cabinetry according to Karen Williams, who is the principal and creative director of St. Charles New York. She says that a high quality but not highly stylized installation will retain its value. “[Choosing] a transitional style of cabinetry will allow the new owner to personalize it with their own flair. They can make it more modern or traditional with accessories, stools and a simple paint or wallpaper change.”

While Williams doesn’t necessarily think cabinetry needs to be white, which has been a major trend in recent years, she says that lighter colors give the most options. “I suggest a softer gray [or] white with a matte finish. One of my favorites is Farrow and Ball’s Cornforth.”

Jean Stoffer who is a designer with the Property Bros’ new venture and website, Casaza agrees that when it comes to kitchen renovations, neutral is best. “You may absolutely love lacquered neon yellow, so paint a wall that color. Do not order your cabinets in this color!”

Another problem Stoffer mentions is overly customized kitchens. “In the US, our standard kitchen counter height is 36 inches. I have seen remodeled kitchens with both lower and higher than standard countertops, customized for the height of the owner. This is typically a bad decision because it automatically feels wrong to anyone standing near the counter.”

Style confusion is another issue altogether. A kitchen remodel should really flow with the architecture of the home Soffer explained. “It doesn’t have to match the home’s architecture, but it has to somehow correlate to it. You don’t want to feel jolted when you walk into the kitchen and think it doesn’t belong here. For example, putting a coastal, beachy looking kitchen in an English Tudor just wouldn’t feel right.”

Scale and layout are two other factors which greatly affect kitchens. Jessica Davis, who is also a designer with Casaza had a client that had zero understating of scale. His already small kitchen not only had a lack of prep space or proper working triangle, but he also insisted on purchasing appliances that were too large. “Because he could not budget for what he considered to be the most high-end appliances at the time, he opted to move ahead with the appliance replacement only and even went as far as adding larger appliances and an additional full-size beverage center (basically another refrigerator). Against my advice, this client ended up with appliances that were overpriced to the value of the home, and even less storage and prep space.” 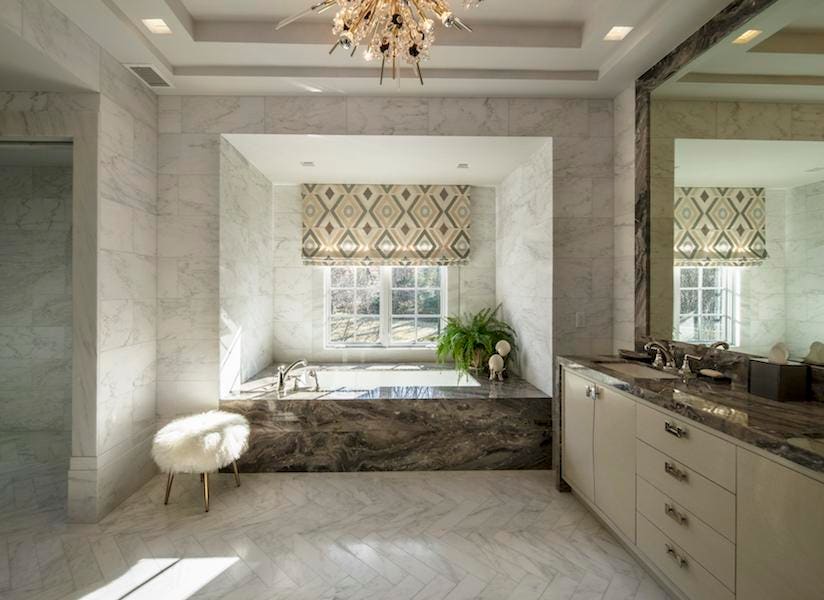 When a New York City real estate agent purchased a one bedroom apartment in Chelsea, he knew that he had to keep resale in mind. “I kept it simple on purpose,” he said. “I don’t want anybody to feel like my renovation is something that they have to undo and then redo because it is too stylistically specific.”

For example, they went with classic, neutral finishes for the bathroom. They picked white subway tiles for the walls and white and gray marble floors. The basin of the sink is also marble. “I did not go crazy with expensive materials and I kept the palette very neutral,” they revealed.

In the suburbs, homeowners have a lot more space to make very specific and potentially unusual bathroom choices. A client of interior designer Alexis Rodgers of Home With Alexis purchased a multi-million dollar house outside of Philadelphia, Pennsylvania. Because she has young boys, who were messy, she opted to have urinals installed in nearly every bathroom. “There was no talking her out of it. Beautiful bathrooms everywhere, and urinals everywhere,” Rodgers explained.

If your home has old carpeting, Schnitzer suggests seeing what’s underneath. “It’s worth tearing up the carpet and refinishing the wood. If refinishing every floor is not an option, create a great first impression by finishing the entryway. This shows buyers the potential hiding under the carpet.”

However, while many people like wood flooring throughout the home, especially in open concept spaces, it isn’t always appropriate for every room. Schnitzer says to avoid wood flooring in areas where moisture can create problems in the future. “Hardwood floors are very sensitive to moisture and shouldn’t be installed in areas that are damp or wet such as bathrooms, kitchens or basements. Tile and luxury vinyl are better suited for these spaces and many styles are made to look and feel like wood.”

DIY renovations can make perfect sense and save owners money when it comes to specific projects such as painting, changing doors or other installations. While it can be pennywise in the short term, done improperly in the long term, these decisions become pound-foolish. This was certainly the case for a client of a Broker in Miramar, Florida. “He liked to dabble in fixer-uppers,” they explained. “The house they bought near Fort Lauderdale was a gorgeous, large older house with a lot of land, a huge deck, and even a hidden safe in the floor of one of the rooms. It was the house of their dreams, and they anticipated staying there for a long time.”

But when their client was unexpectedly laid off, he needed to sell the home, they explain. “The buyer had a major upper hand in the negotiations, and my client had to obtain the permits and bring the home up to code or negotiate a lower price and have buyer agree to assume all responsibility of obtaining the permits and bringing the home up to code. Fortunately, the buyer agreed to assume the responsibility at a reduced price without my client having to take on additional liability doing the work himself.” 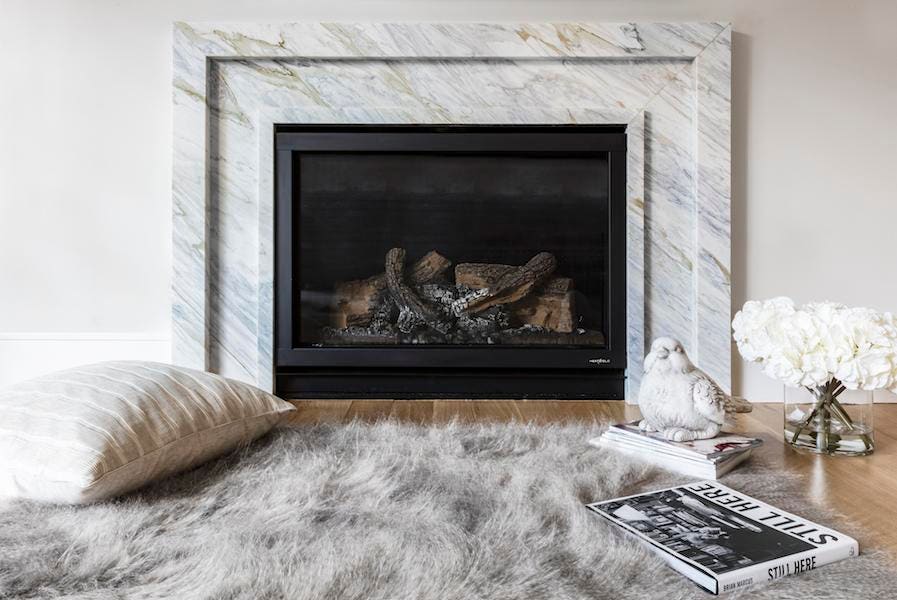 Fireplaces are beautiful but must be properly finished to keep their appeal. According to Lauren Cherkas, president of retail for Artistic Tile, almost any tile can work, but a sold marble slab is the ideal backdrop if you’re mounting a television. “If you’re not mounting a tv on your fireplace,” she says, “It’s an amazing space to showcase sophisticated taste. Choose from dimensional and hand carved stone patterns, acid etched decorative stone or handmade ceramic tile with artistic color variation to rival any Rothko painting.”

According to Anderson Kenny of Anderson Kenny Architecture, opening up ceilings can increase resale value. “Every inch of height is a new summit. Be willing to sacrifice some recessed lights. Have your designer move HVAC slots to the wall. Because adding height to a room by decluttering the infrastructure above the ceiling adds usable square footage.”

When it comes to ceilings, Kenny sees more as more. “We explain to our clients that square footage isn’t just measured in plan. Walls are measured in square footage too. So when you raise the ceiling even by an inch, over an entire apartment or house this adds up to a lot of area; more area for artwork or paneling or fabric or daylight.”