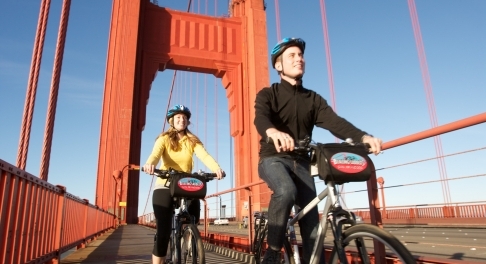 As we inch closer to the warmth of summer there is no better time to get outside and start hitting some trails. Northern California and Nevada boast some of the best trails for biking, mountain biking, and hikes. Here is a list of some of the most popular trails:

In the midst of one of America’s major metropolitan areas lies 32 miles of parkway bike path that promises many pleasant rides to cyclists of all levels. This is the American River Bike Trail, which goes from Old Sacramento along the Sacramento River to Beal’s Point on Folsom Lake.

Berkeley and the Oakland Hills

The lush and heavily forested Berkeley Hills contrast sharply with the grassy oak-covered hills around Lafayette and make this set of rides one of the most interesting in the East Bay. Energetic students from U.C. Berkeley mingle with established career people on weekends to make the roads along these routes some of the most popular among avid local cyclists. Hill climbs in both directions will provide plenty of challenge for even the most aggressive riders.

Stunning views of San Francisco and an exhilarating cruise on the Red & White Fleet Ferry highlight this delightful ride. Starting from the Marina Green, the route takes you along the waterfront and into the Presidio, from where you will climb a hill to cross the Golden Gate Bridge. Once across the bridge, you will descend into the charming town of Sausalito, where shops and restaurants abound.

Arguably the best mountain bike route in the west, the Flume Trail has been featured on postcards and in a gazillion bicycle publications. But, this ride’s popularity almost contradicts the claim. During the summer, this loop is likened to a crowded freeway. But in early May or late October-November, when the hordes of vacationing crowds have left town, it’s easy to understand why the Flume–TRT Ride is a strong contender for the title.

A day hike in the Carson Range featuring outstanding views. The trail follows a jeep road for about 0.5 mile, then crosses Jones Creek. At the trail junction, turn right (east) to start the loop trail, which then heads in a northerly direction. Climbing gradually through stands of Jeffrey pine and mountain mahogany, the trail enters Whites Canyon and then turns sharply west.

A day hike in the Carson Range offering spectacular views of the Lake Tahoe region of the Sierra Nevada. Hikers should beware of the strong winds that rake the mountain above timberline on most afternoons. Most of the trail is somewhat protected in the forest, but the last mile is exposed. Be sure to bring adequate wind gear.