Realtor.com® has released the results of its Home Crush Survey, which revealed that men and women are notably different when it comes to developing a crush on a home. In this survey, a home crush is defined as a home a consumer likes and is drawn back to looking at more than once online or in person. The survey ran on realtor.com® from Jan. 9-20 and found that more than 1,000 respondents reported having a home crush. 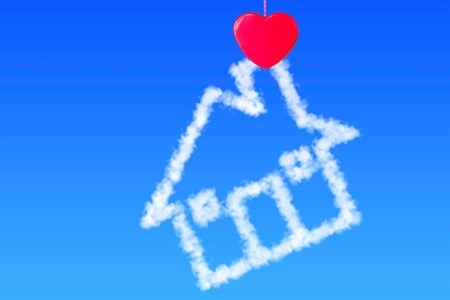 “We conducted the survey to see how searching for ‘the one’ in real estate correlates to searching for ‘the one’ in love and we found that they are very similar. Buyers have to evaluate crushes based on turn ons and offs and whether the home is in their league, so they often find themselves spending a good amount of time checking out their crush online,” says Barbara O’Connor, chief marketing officer at realtor.com®.

Majority of all surveyed consumers report having a home crush:

“According to our data, another similarity between romance and real estate love is that men and women prioritize differently. Men are more likely to move from one crush to another on a weekly basis and consider a garage as an important home feature. Women tend to find a new home crush on a monthly basis and swoon for updated appliances and fixtures. However, the survey found that women and men share some common ground in that outdoor living spaces topped the list as the attribute most likely to make them fall in real estate love,” says Leslie Piper, consumer housing specialist at realtor.com®. “Whether it’s love or real estate, having a short list of deal breakers is critical for finding ‘the one’ to help buyers weed through the crushes to find the home of their dreams.”

Of the survey respondents who have had a home crush:

Women are more likely to cultivate crushes on homes that are out of their league financially:

How often men and women establish a new crush on a home: