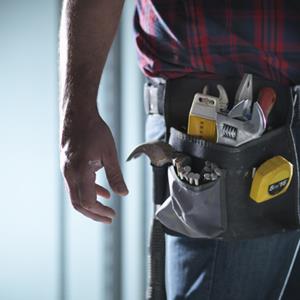 “The ongoing growth that we’ve seen in home prices, housing starts and existing-home sales is also being reflected in home-improvement activity,” said Eric S. Belsky, managing director of the Joint Center, in a statement. “As owners gain more confidence in the housing market, they are likely to undertake home improvements that they have deferred.”

The report shows expected home improvement spending of $147.6 billion in the second quarter of this year, followed by $153.8 billion in the third quarter. The projected slower pace of growth in the second half of the year reflects an expected increase in borrowing costs as the market reaches pre-recession spending levels.

Home-improvement projects are making more sense than they have in recent years. While most renovations don’t pay off dollar-for-dollar when you sell a home, the return on investment for remodeling projects in 2014 increased to 66.1 percent, a jump of 5.5 points over last year and the largest increase since 2005, according to Remodeling Magazine.

A 2013 study by home-improvement site Houzz.com found that homeowners would rather cut back in other areas, such as vacations and other big-ticket purchases, rather than delay or decrease their budgets for their home plans.