Avva Love Rakestraw is in Florida, living her dream. 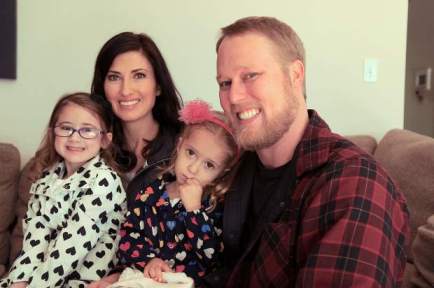 “On the outside, she does not look like she has medical needs,” said JoAnna Rakestraw, Avva Love’s mother. “But her insides are like an old person.”

The disease is exceedingly rare, as only 25 people in the world are known to have been diagnosed. The oldest person with the disease has lived to 30 years old, but medical science is attempting to find a cure.

Avva Love’s case is being examined by a research hospital in Texas, which takes tissue samples and gives rats the disorder as a method of deriving medications that could allay or manage her condition.

“She’s on medication, blood thinners and she needs a feeding tube for her food,” JoAnna Rakestraw said. “She’s a cutie, though.”

The young lady is very aware and has developed mentally much like any other healthy child, her mother said.

Her abiding wish has been to visit Disney World, and the Rakestraw family began working with Make-A-Wish Foundation out of Sacramento. The family, which includes Avva Love’s siblings Kassandra, 18; Matthew, 15; Ally, 12; and Jade 2, recently learned it would fly to Orlando, Fla., to spend a week at the nation’s foremost youth-oriented amusement park.

“That was her wish,” JoAnna Rakestraw said.

Avva Love’s genetic disorder was not inherited from her parents but is a rare mutation of the Acta2 gene. The disorder often affects Avva Love’s vision, as her pupil doesn’t expand and contract according to light like a healthy eye, JoAnaa Rakestraw said.

“It looks like she really doesn’t have an iris,” she said. “People would ask me if her eyes are black.”

JoAnna Rakestraw said it was extremely difficult in the early stages of Avva Love’s life, as the family was striving to find answers and solutions to the avalanche of health problems afflicting their daughter.

“At first, we just thought she needed heart surgery,” she said.

Doctors told the family that Avva Love had a hole in her little heart. But more complications ensued and soon the family received the dismaying diagnosis.

“It was really hard for us to find out she had it,” JoAnna Rakestraw said.

Despite the travails presented by the disease, the family has been looking forward to the excursion to Florida. None more so than Avva Love, who will achieve the greatest dream of her young life.