There are two requests Don Mahoney, otherwise known as Santa Claus, keeps getting day after day: Barbies and Legos. 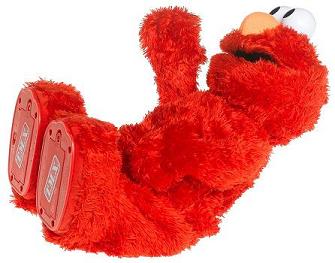 “There are a whole bunch of toys out there, but the kids really know what they want,” said Mahoney, who has been stationed outside his “North Pole workshop” at St. Charles Towne Center in Waldorf, Md. since early November. “The Barbie dolls and the Legos, those are really big.”

In a year when one toy has yet to emerge as the must-have of the season, analysts say retailers and consumers are reverting to the basics: cars, dolls, Legos and bicycles. But that may not be enough to save what many expect to be a slow holiday shopping season.

“There are no hot toys this year; there really aren’t,” said Gerrick Johnson, a toy industry analyst at BMO Capital Markets. “We don’t have a Tickle Me Elmo or a Zhu Zhu Pet or a Cabbage Patch Kid — nothing that is approaching phenomenon status.”

Instead, decades-old classics are inching their way back to the top of Christmas lists. According to a National Retail Federation survey released Thursday, 25.8 percent of shoppers said Barbies would be their primary purchase for girls. For boys, Legos were the most popular item, with 10.6 percent of customers on board.

There are hints of burgeoning demand for high-tech items. For the first time, iPads were among the most popular gifts for both girls and boys, outpacing the new Big Hugs Elmo, American Girl dolls and Furby. But overall, Hot Wheels and Disney Princesses have kept their stranglehold at the top of the rankings.

“The nostalgia surrounding some of the oldest toys will never go away,” said Kathy Grannis, a spokeswoman for the National Retail Federation. “A lot of kids are still growing up on traditional toys.”

That may not be good news for retailers. Sales of toys have remained flat in recent years during the choppy economic recovery. Last year, toys sales totaled $22 billion in the United States, down from $22.2 billion in 2008, according to data from research firm NPD Group. That trend is expected to continue this year as analysts predict another lackluster holiday shopping season.

“In the 12 years I’ve been covering toys, we’ve always had something selling for a premium on eBay,” Johnson said, referring to the online auction site. “This is the first time we’re not seeing that.”

Just 44.3 percent of shoppers said they plan to buy toys this holiday season, down from 45.1 percent last year, according to National Retail Federation data.

“The problem is that what really gets people spending on toys is not necessarily the same old, same old,” Johnson said. “It’s innovation, compelling new toys — and we don’t have a whole lot of that right now.”

Even so, retailers hope to capitalize on holiday purchases by offering exclusive items. Target has 350 store-specific toys this year, up from last year’s 300. Kmart is selling an exclusive auburn-haired holiday Barbie, and Toys R Us is pinning its hopes on an updated version of its kid-friendly tablet, Tabeo e2. The retailer is also marketing the Ugglys, an Australian line of electronic pets known for their bad manners.

“Kids love anything that’s foul and funny,” said Lisa Harnisch, general merchandising manager for Toys R Us, adding that the company has exclusive rights to sell the products in the United States.

Toys R Us, which relies on holiday sales for a significant portion of its annual revenue, spends months culling its yearly lineup. Preparations for the next holiday season begin the week after Christmas, when a team of buyers boards a plane to Hong Kong.

“That’s where we really start to look at what’s out there,” Harnisch said. “We place our big bets starting in January.”

But in these uncertain economic times, analysts say, the bets haven’t been big enough. Many of this year’s top contenders — the Furby Boom, LeapPad Ultra, Big Hugs Elmo — are riffs on last year’s big sellers.

“In tough times like this, companies are less likely to try risky new projects,” Johnson said. “You’ll see a reliance on things they know will work: superheros and retro toys, things we’ve seen before.”

The lack of a hit children’s movie this fall has also watered down the pool of options, said Douglas Gowin, the Santa Claus at the Fashion Centre at Pentagon City. Last year, he received a steady stream of movie-inspired requests: Spider-Man, X-Men, the Avengers. Not anymore.

“This year, there’s not really anything like that,” said Gowin, a Santa of 20 years. “It’s more of the good old toys: bicycles, baseballs, footballs.”