The Fed decision to maintain its current course of bulk purchasing mortgage backed securities took most every trader in the market by complete surprise.  As a result, mortgage rates are pretty much at the same levels they were before the Fed announcement, with a slight bias toward easing.  As one bond trader puts it “Man we dodged the bullet this time, but the gun is still loaded”. 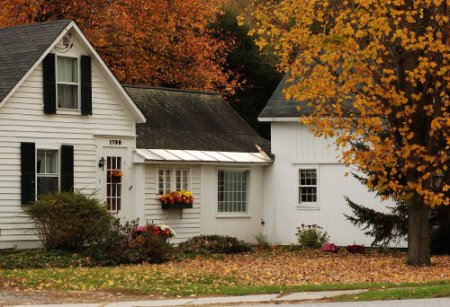 The question that still looms in the minds of all traders is WHEN will the Feds begin tapering? Next month?  By Christmas?  It seems that Bernanke and Company wants to keep the market on its toes or heels depending on one’s perspective and reaction to any and all Fed communication.

The approach the Fed is likely to take in the near term is a position that will help to calm the mild hysteria that had taken place in May and continued until the middle of September.  The question that still looms in the minds of all bond traders, is what the market will ultimately look like when QE3 ends.  In terms of rate predictions, the belief is we will continue to see the same trough between the low 4’s to the high 4’s depending on the trends of the day.  But a day will eventually come when QE3 and the Bernanke term will end.  The winds of change that always makes traders nervous will still blow through the market eventually, but it appears that such a storm is a bit further off than it was.

Housing prices are rising nationwide bringing millions of homeowners to slightly underwater or showing positive equity. Zillow.com states, “As home values continue to rise, the national equity rate continued to fall in the second quarter, dropping to 23.8% of all homeowners with a mortgage”.

“Widespread rising home values during the past year have helped chip away at negative equity nationwide, helping many homeowners who were only modestly underwater to come up for air,” Zillow Chief Economist Dr. Stan Humphries says.

With rising interest rates lenders are expecting to make fewer home loans. However, with home prices rising there are still millions of homeowners who can save money by refinancing today.

There have been a fair amount of rate increases, rate decreases, government shutdowns, prime and subprime markets, etc. for close to 30 years.  Since 1984, when ARM rates were 12.5% and fixed rates were 16.5%, plenty of business and deals were completed with little concern of the real estate climates.  Homes were still bought, sold and financed.  Young couples still got married and bought homes, some couples still divorced and sold home.  Older folks scaled back and downsized.  In short, life still happens.  Housing needs, much like life, changes.  The general consensus among industry professionals is to buy now or refinance now and be very thankful for the below 5% rates that are available now.  Lastly, the Real Estate and Mortgage Lending industries will continue to be innovative enough to remain nimble and hungry and continue be do our part in helping our housing market regain its footing; one transaction at a time.