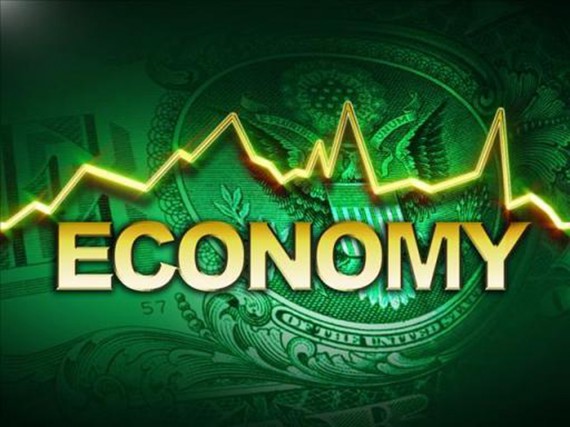 In economic news this week; The economy is still treading along and the Fed has to begin tapering off the bond purchases later this year (because they can’t keep doing this forever) and housing is taking a breather from the spring price increases.

The big news of the day was that sales of “new” homes dropped 13.4% to an annual rate of 394,000 in July, the lowest rate since October, as all four regions posted declines. Expectations were for sales to pull back in July to a rate of 485,000.  Looking longer-term, new-home sales in July were up 6.8% from the year-earlier period.

July’s “existing” home sales, according to the National Association of Realtors, rose 6.5% to an annual rate of 5.39 million, the highest level since late 2009, when buyers rushed to make a tax-credit deadline.  July’s spike could be due to buyers looking to purchase a home before mortgage rates rise further.  Mortgage rates have increased more than one percentage point since early May, though they still remain historically low.  The median price of a home was $213,500 in July, up 13.7% from the year-earlier level. Inventories rose 5.6% to 2.28 million homes available for sale, representing a 5.1-month supply at current sales rates. NAR added that all-cash deals remained high in July, while there were relatively few first-time buyers and distressed sales.

The Fed Gods agreed with their leader Ben Bernanke’s view that the economy will pick up later this year and allow the central bank to taper its asset purchase plan before the end of the year, according to last meeting’s minutes released Wednesday.  But they shied away from signaling when a move might come.  It’s expected that if economic conditions improve broadly, the Fed would taper the pace of its securities purchases later this year. And if economic conditions continue to develop broadly as anticipated, they would reduce the pace of purchases in measured steps and conclude the purchase program around the middle of 2014.

The U.S. continues to expand at a moderate if uneven pace with a chance that growth might speed up later in the year, according to the “Leading Economic Index” an index that measures the nation’s economic health. The LEI is a weighted gauge of 10 indicators designed to signal business-cycle peaks and valleys.  The index rose 0.6% in July to 96.0, the highest level in five years, after no change in June. Eight of the 10 components expanded in July, led by the spread on interest rates, availability of credit, stock prices and permits to build new homes.  The two categories to show declines were hours worked by manufacturing employees and business orders for long-lasting manufactured goods.

On the employment front; the number of people who applied last week for unemployment benefits rose to the highest level in a month but remained near a post-recession low.

The national activity index, a weighted average of 85 different economic indicators, produced by the Chicago Fed rose to a negative 0.15 reading in July from negative 0.23 in June, and the three-month average did virtually the same, rising to negative 0.15 from negative 0.24 in June. The index is designed so that readings of zero indicate trend growth, and readings below negative 0.70 indicate an increasing likelihood a recession has begun.

I read a great article this morning in the Wall Street Journal and I couldn’t have written a better rant so I’m just going to post the link to the article, “Fed tapering: The math investors need to know” It’s about just how overvalued the stock market is based on the Fed manipulating interest rates.  In a nutshell: Fed “tapering”, the winding down of “quantitative easing,” and the normalization of interest rates, changes absolutely everything in the markets.  Check it out.

If you know anyone who can benefit from my services, please call me.  My greatest goal is to see clients and friends happy.  I guess that’s why I love providing mortgage financing.  It’s an immediate gratification when you can help someone purchase a home, or lower their payment on their existing home.