The ultimate guide to Yosemite, Sequoia, and Kings Canyon National Parks that California’s High Sierra has to offer.

Yosemite National Park, the jewel of the High Sierra. Famous for waterfalls, granite masterpieces, camping, wildlife and some of the best sky-gazing known to man, Yosemite remains a must-see for any California visitor. On a guided tour of the valley floor, you’ll catch a glimpse of the landmarks Ansel Adams made famous, including Yosemite Falls, Half Dome, El Capitan, Bridalveil falls and more. You’ll also learn fascinating facts about Yosemite’s history, geology and wildlife. With nearly 1,200 square miles, there are parts of Yosemite still to be discovered. If you travel in June (peak wildflower time), you’re bound to catch a glimpse of nature’s carpet of many colors in meadows throughout the park. Travel home with visions of mountains in your head. 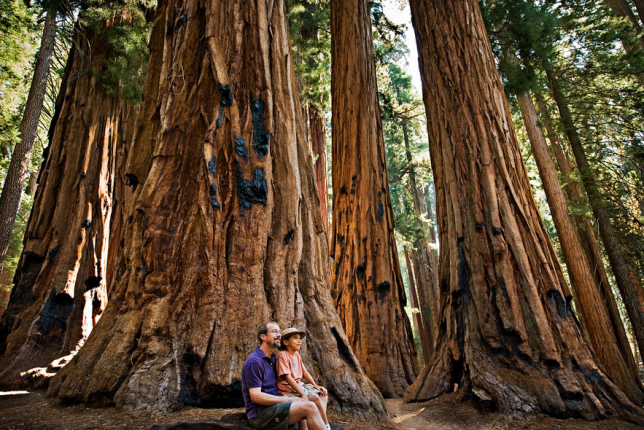 Sequoia National Park is California’s first national park and America’s second oldest, next to Yellowstone. Late spring/early summer is one of the most beautiful times to visit, with fields of wildflowers and abundant wildlife. Rivers and waterfalls run crystal clear, while higher parts remain a snow-capped testament to the recent winter. The giant sequoias are an impressive reminder of nature’s beauty and resilience, while the oak chaparral is second only to the rainforest in diversity of plants and animals. Enjoy lunch at the historic Reedley Opera House, built in 1903.

The canyon of the Kings River is carved to a depth of 8,000 feet, making it one of the deepest in North America – Even deeper than the Grand Canyon. The Kings Scenic byway (Highway 180) winds its way through the canyon, uncovering wonderful travel destinations, such as tree-covered mountains, never-ending canyons, rolling hills, and breathtaking vistas. 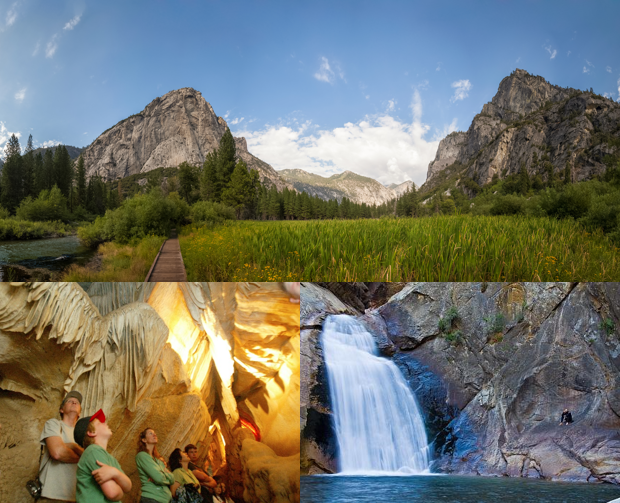